From the beginning, as it is today, leather making came from a desire to use every part of animals hunted or raised for food. We know from Assyrian carvings and Homer’s Iliad that at least 7,000 years ago our ancestors were preserving skins by smoking, drying them in the sun, and pounding in animal fats. 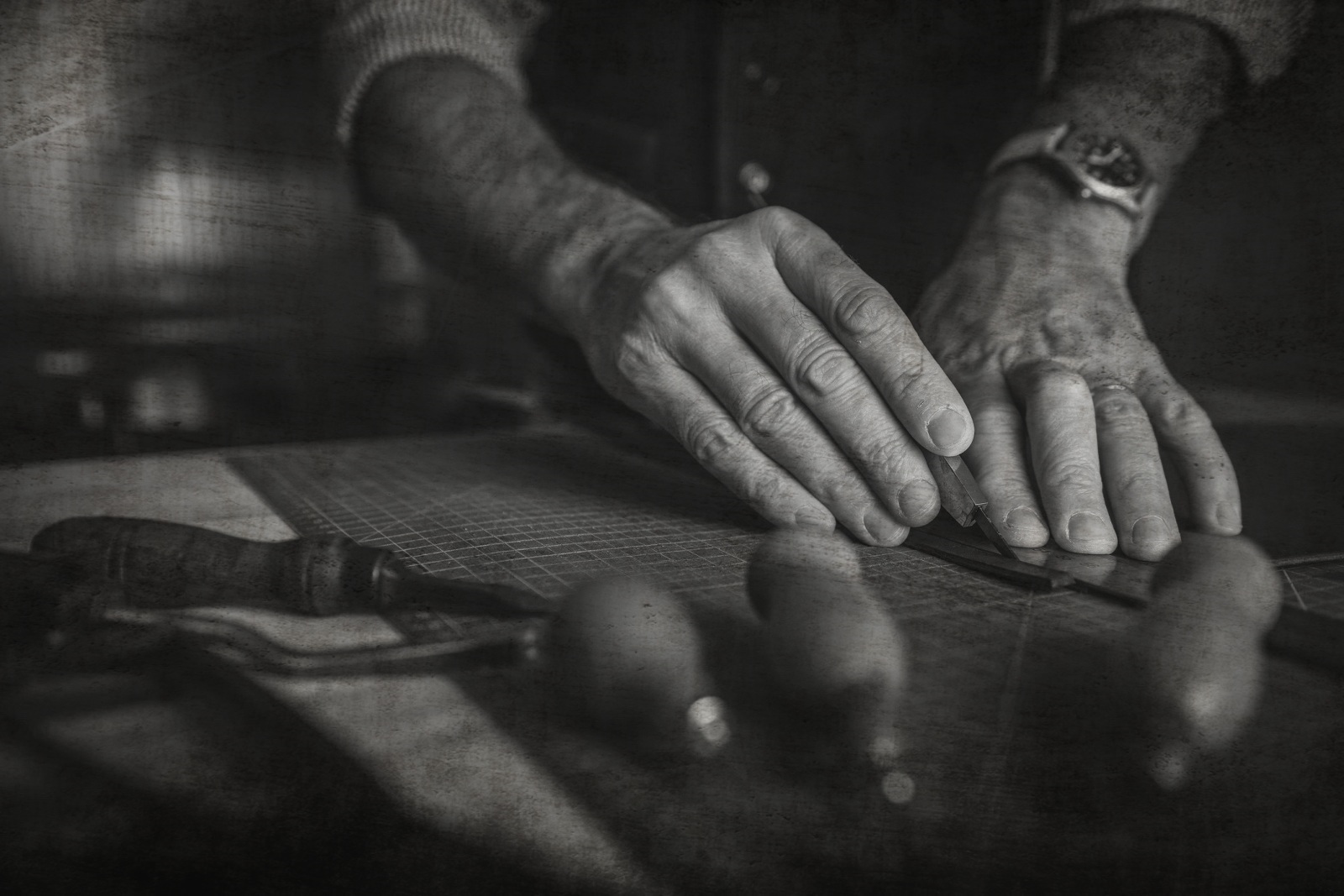 A History of Utility

This early leather was used for essential purposes including shoes, clothing, water skins, crude tents, and drums. Then, around 400 BC, Egyptians, and Hebrews discovered that the tannins found in tree bark and the layer underneath would preserve hides—the earliest form of vegetable tanning which to this day continues to use these and other plant ingredients in the modern tanning process. The Romans skilled and extensive use of leather for armor, horse bridles, and harnesses, etc. was an important factor in their military success, and they spread their techniques across their empire.  In the 8th Century AD in Spain the Moors improved the tanning process to make leather softer and with brighter colors, making leather more useful in a broader range of products including upholstery and decoration. The leather, known as “Cordovan” leather named after the capital city, remained the most highly prized leather by the wealthy throughout Europe and the Middle East for centuries. Leather was not limited in use to Mesopotamia and Europe, however. Marco Polo wrote of the Chinese use of decorated leather for caps, flasks and other goods in Travels. However, major advancements in leather making were limited to process improvements including during the mid-19th century when power-driven machines dramatically improved the efficiency of many of the operations.

Modern tanning was ushered in by a major innovation in tanning chemistry when, toward the end of the 19th century, the use of Chromium salts was introduced. Around that time rotating drums were substituted for vats, decreasing tanning time from 8 months to less than 1 month. The resulting decrease in the cost of leather expanded the use of leather and made it attainable by the majority of humankind with automobile seating, furniture, shoes, garments and accessories such as bags.

Immigrants brought their knowledge of leather-making to the United States where Massachusetts became the tanning capital of the world. Focused tanning areas such as Gloversville, NY where more than 20 tanneries focused on making gloves, sprang up around the country. German immigrants, in particular, established large tanning centers in places like Milwaukee and Cincinnati where the essential tanning ingredients: trees, water, cattle, and beer were plentiful. As recently as 1950, the tanning industry was the second largest employer in the United States, and produced more leather than any other country.

To this day, while additional tanning minerals such as Aluminum have been discovered, and automation and technology have improved the quality and precision of the tanning process, and dramatically reduced the environmental impact through waste-water treatment, leather making remains substantially similar to the art practiced for millennia.